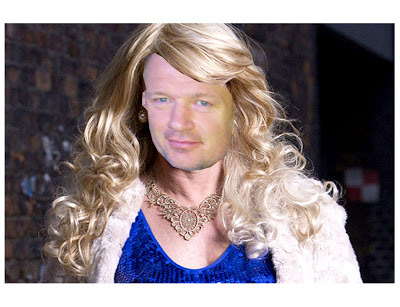 
The following attempt to place a 'comment' on the Duke and Doxie site is clearly the work of Alexander, 13th Duke of Manchester.  Since I always set up my blogs for moderated comments I found his attempt to 'comment' in my email box this morning.  Who else but perhaps a gay tranny would call himself, His Grace?"

Other reasons it could be no one but the one and only Alex, 13th Duke of Manchester, are as follows:

Alex can't spell.
Alex writes in all caps.
Alex is incapable of punctuating a sentence.
Therefore, this attempted 'comment' is very typical of a sample of Alex's writing.

Alex always engages in projection, ascribing to others his own actions. However, the sample below also reflects the projections of other parties with whom Alex is known to be in frequent communication. These are noted.

ALEX'S Attempted Comment - “MISS PILSBURY (sic) FOSTER ARE THERE NOT 6 STATES IN THE USA THAT HAVE WARENTS OUT FOR YOUR ARREST FOR PASSING OVER 200 THOUSAND DOLLARS IN BAD CHECKS ARE THERE NOT(sic)WARRENTS(sic) FOR YOU REGURDING(sic) SOCIAL SECURITY FRAUD AND THE LIST GOES....”

These are examples of projection on Alex's part.  Alex has served time for passing bad checks and other financial crimes along with assault.  See the copies sections of Time Line

1986 - Viscount Mandeville released from prison  and ordered to repay West Bank $41,509.
HERALD - Of broken hearts and coronets ALAN TATE by Alan Tate The Next Duke of Manchester is out of Jail traces the life of an unhappy peer

Alex's Attempted Comment“….ON MISS FOSTER MADAM KARNASH(sic) OR WHO EVER YOU WANT TO CALL YOUR SELF TODAY YOU ARE A FRAUD....”

I have consistently used the same name through two marriages, never taking a married name. Madame Karnack, a little about her here, is Gina di Miranda, a long time acquaintance who has been using the name on various sites for a number of years.

From Dumb, Unscrupulous, and Debauched, a blog about Karl Schwarz

“But then I contacted Gina di Miranda who did write the article and during our catching -up chat she reminded me that Schwarz knew perfectly well she was investigating him. Gina had been carrying out ordinary due diligence as Schwarz began his presidential campaign when the facts began to shock her. Gina was working on his campaign, paid only for some writing and doing great work. Schwarz gave Gina his driver's license number, when asked. Now I cannot imagine what he was thinking. We had both been very clear about the need for absolute transparency. He must have known what she would find. Schwarz ignores the facts and tries to win through intimidation. This evidently works with some folks.”

It was probably Morgan who told Alex I had used the name, as she made this claim, even knowing for a fact it was not true.  Morgan and the truth don't have even a nodding acquaintance.

Alex's Attempted Comment”….....WHAT ABOUT YOUR FAULSE(sic) HART(sic) ATTACK STINTS(It is difficult to correct spelling when one is unsure what the writer intended to convey.) WERE (sic)THE DR'S THINK YOU ARE JUST A JOKE......

This remark has been repeated over and over again by my estranged relative, Morgan Pillsbury Gell.
Morgan is well aware I have a bad heart and, when we were speaking, told me several times both she and Craig believed the treatment being meted out to me by them and the attorney she found for Craig, JacquelineMisho, would kill me.

Morgan was on firm ground when she said this, as she, and the entire family knew, that since I had survived two heart attacks and having a family history for heart problems, it was likely this kind of stress could kill me.

Morgan was, at this time, busy with an intimate relationship with Craig, her adopted father, and a former boy friend of mine she grew up calling, "Uncle John,"   also known as John Fund.

WHY DID CRAIG AND MORGAN BELIEVE I WOULD DIE?

Of my four real siblings sharing the same genetic heritage two, my sisters Anne Aetheline Pillsbury Gripp, and Carol Sylvia Pillsbury Holbert, died of sudden heart attacks, Anne at age 59, Carol at age 36. My older brother, Charles Arthur Pillsbury died of causes brought on by a stroke and heart attack, occurring when he was 59, when he was 64. My younger brother, Stephen, underwent triple bypass surgery when he was 44 and is still living.We all understand what Morgan is.

Morgan tells this lie because she wishes I would die.  She is a psychopath herself. She has used the false assertions she has heart problems herself to extract sympathy, and money from people for decades. Morgan even tried to use a supposed problem with her heart to persuade me to turn off my son, her brother Arthur's life support, claiming she needed his heart for a transplant. Needless to say, it was all bullshit but she managed to cause me intense emotional pain.

If Morgan had a personal motto it would be, 'Your Pain - My Gain." 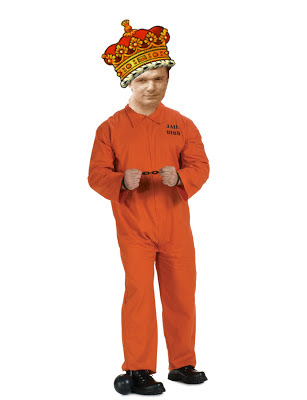 Alex's Attempted Comment” …..DIDYOU NOT ALSO GET KICKED OUT OF MONTANA FOR STALKING THE GOVONER(sic) THERE.....

No, nor was I asked to leave.  I finished a writing assignment, Enter the Man from Pray, Montana, and continued my trip. I have never stalked anyone.

Alex's Attempted Comment”…...AND THEN YOU GO AND TERORISE(sic)  PEOPLE IN OHIO BEFORE BECOMING RAES LOVER.....

Raye generously loaned the desperate Duke and Doxie thousands of dollars, also paying for their rental unit every month.  When Raye was no longer useful Alex began attacking her, too.  This is his pattern, documentable through decades of time.

Raye and I are both straight and always have been. This is projection, again. We work together. Alex thinks about sex a lot because he can't get it up.

Alex's Attempted Comment”…....YOU NEED TO GET A LIFE OR JUST TAKE YOUR OWN STOP TRYING TO DESTROY OTHERS YOU ARE JUST AWASTE(sic) OF OXYGEN GO KILL YOUR SELF AND PUT EVERY BODY OUT OF THERE MISERY.....

Alex is gripping because his 'life' depends on conning people.  This website is interfering with his attempts to continue doing so. How sad for him and Laura.  You would almost think he is not a proponent for transparency in media.  Shocking, don't you think?
Posted by Melinda Pillsbury-Foster at 1:14 PM