Final disgrace of the dodgy duke: The thrice-married, blue-blood bigamist caught red-handed on a bungled burglary - and his ex-wives are the least surprised of all!

Could anyone be surprised?  Nope.

When, just a few days ago, Norma Lopez was woken at 2am by a burly, shirtless man prowling around the hallway of her Las Vegas home, she immediately called the police.
In little doubt there was a burglary in progress, she was directed to hide in the bathroom – and did as she was told.
She could scarcely have known, but this was no mere break-in, but the latest tawdry instalment in the long-running soap opera of Britain’s most bizarre – and notorious – branch of the aristocracy.
When police arrested the intruder, they discovered he was Alexander Charles David Drogo Montagu, the 13th Duke of Manchester. MORE
Posted by Melinda Pillsbury-Foster at 7:20 AM No comments: Links to this post

Google dragged this home for us.  Amazing.  First, I need to tell you the back story, which includes Alex's attempt to 'sell' a jet to Michael Jackson.  This failed.  Alex then decided to join the lawsuit against Jackson in hopes of extracting money that way.  I wrote about this.

Michael Jackson - Stalked by a psychopath

Protecting the public from psychopaths.
From movie stars to us ordinary folk, everyone is at risk from those without conscience.
by Melinda Pillsbury-Foster

From movie stars to us ordinary folk, everyone is at risk from those without conscience.

As you read, you realize just what a scumbag Alex is. The article was picked up and republished by a large fan group dedicated to Michael's memory.

But the story today goes to Alex's long time scheme to sell airplanes or insert himself into some part of the aviation or military business.   Airplanes cost a lot.

The  site which went up, carrying with it Alex's hopes and dreams is:  13thDukeofManchesterwent up, URL purchased on July 22nd for 13th Duke of Manchester.  For your edification link above leads to the About Us Page.

There are multiple Make A Payment Links. That page is also worth visiting.

After perusing the site I suggest you read the article, longish but includes the events with Michael and also Alex's 'work' history.


When Alex Met Wendy – Or, the Psychopath Who Ate My Life.

Anyone want to call the number available on the site and inquire about buying a plane?
Posted by Melinda Pillsbury-Foster at 8:03 AM No comments: Links to this post

Laura goes into inarticulate mode. Is she in Las Vegas - or Los Angeles?

From:  The Duke of Manchester

The blog from which the material below originates is owned and operated by Laura Smith, AKA the Doxie of Manchester.  Inquires as to the truthfulness of the report below will go forward on Monday morning.  Given that Alex, the Duke, generally only attacks defenseless women and small girls it would surprise no one that he ended up unconscious, if this is true.

But Jason must have a story and I know we all want to hear it.

Interesting items to be followed up:

"MANCHESTERS PART TIME HOME"  (see below for where someone, presumably Laura dropped this choice bit.

As the News Spreads:  The site, contractoruk.com noted Alex's latest adventure into crimeland as the news spread.


THE DUKE OF MANCHESTER WAS ATTACKED BY JASON BALLENSKI AT 2AM IN THE AFTERNOON HE WAS HIT BY JASON BALLENSKYS CAR, FROM BEHIND ON A PUBLIC STREET. JASON BALLENSKI GOT OUT OF HIS CAR AND PROCEEDED TO KICK ALEXANDER MONTAGU IN HIS HEAD, FACE AND BACK BEATING HIM UNCONSCIOUS. SEVERAL WITNESSES SAID BALENSKI WOULD NOT STOP. JASON BALENSKI FINALLY STOPPED WHEN SEVERAL WITNESSES TOLD HIM THE POLICE WERE CALLED. JASON BALENSKI FLED FROM THE LOCATION LEAVING ALEXANDER MONTAGU UNCONSCIOUS ON THE GROUND. THE DUKE OF MANCHESTER WAS TAKEN IN AMBULANCE TO HOSPITOL. THE POLICE WENT TO JASON BALLENSKYS HOME TO ARREST HIM SEVERAL TIMES HE WAS NOT THERE. 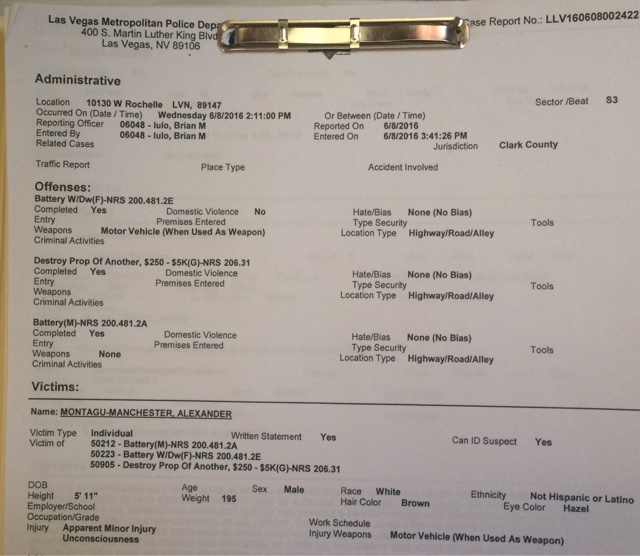 MARCH 6, 2016
JASON BALLENSKI BROKE INTO THE MANCHESTERS PART TIME HOME AS JASON WAS HAVING  A FIGHT PARTY AND DECIDED TO DESTROY THE MANCHESTERS  DOOR. WITNESS ALSO SAW JASON BALLENSKI KICK
THE DOOR IN WITH HIS FISTS AND Boots. The Door came off its hinges and LOCK was broke off. A chair was placed at the door as to keep door from opening any further.  JASON BALLENSKI WAS ON THE PHONE WITH METRO POLICE 911 ADMITTING TELLING on himself TO POLICE THAT HE HIMSELF,
JASON Balinski WAS AT MANCHESTERS  DOOR BEATING IT IN.
This case was Attempted Home invasion and breaking and entering. Very serious. Lots of photos of door it was destroyed. 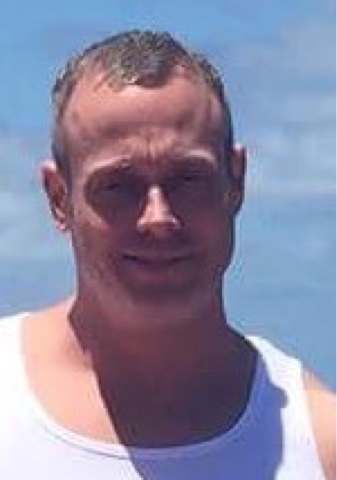 Posted by Melinda Pillsbury-Foster at 7:27 AM No comments: Links to this post

The Duke of Manchester Burgles Again!


Note:  Isn't this interesting?   Manchester claims to police he was mislead when he broke into the house.  The officers were treated to the interesting story he had,"gone out to buy   'milk and cat food'.  During the exciting quest he saw "a silver Hyundai Sonata' in a driveway, the victim's name is given as  'Ms Lopez.'  Thinking this likely belonged to his 'room mate, Jake' the Duke of Manchester broke into the home to look for him.

Not buying this story the officers charged the Duke with burglary.  He is now out on bail until his trial, now scheduled for September.

The trustees for the  Manchester English Estates were contacted and informed the inquirers they await further information.  Evidently the Duke had not shared this exciting news with them.  They did comment, as reported in the Daily Mail, 'He hasn't told us anything about it.'  The spokesman for the trust then is quoted as saying, that 'the Duke receives 'plenty of money' from the trust.'
Now, who is Jake and where is Laura gotten herself to?

SEBASTIAN SHAKESPEARE: Now the disgraced Duke of Manchester is charged with BURGLARY after terrified woman 'finds him striding shirtless around her hallway' in his adopted city of Las Vegas 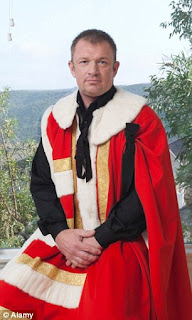 Five years after being exposed as a bigamist in the High Court in London, the thrice-married 53-year-old Duke of Manchester is facing further disgrace.

The dissolute aristocrat has been charged with burglary after being arrested in his adopted city of Las Vegas. It was shortly after 2.20am on July 6 that Vegas police received an emergency call from a Norma Lopez, who was stunned to see a substantial, grey-haired, shirtless man striding around her hallway.
The police told her to lock herself in her bathroom. Ms Lopez remained hidden until she heard the intruder go downstairs, when she crept out — only for the man to see her, drop the brown box he was carrying and 'rush out the front door'.  MORE

Posted by Melinda Pillsbury-Foster at 8:15 AM No comments: Links to this post