The Duke and Duchess 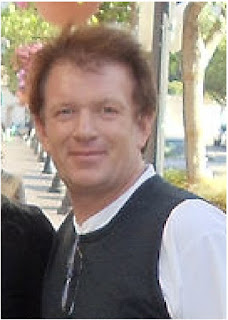 His condition was first identified by a psychiatrist named Dr. Williamson, who attended him in 1984 when he was institutionalized for assault with a spear gun and attempted suicide.  At the time he was on welfare, received because he was deemed 'disabled.;'
Dr. Williamson's  comment is included, quoted by Montagu's his own solicitor, in a court transcript, bottom of page 9.  Montagu was then facing charges of assault against his wife and at least one police officer.

His behavior as a child was disruptive, according to sources who knew him.   He was expelled twenty times from the school he attended in Beverly Hills and from every other school where he was placed.  He failed to develop relationships with either of his siblings, both of whom grew up to live normal, stable lives.

His relationship with his mother is one of demanding his needs be serviced while he provides nothing in return.  He has borrowed money from his sister, Emma, and never repaid the funds.

Borrowing money from others, or receiving services, activates a strategy which his former wife,Wendy Buford, saw played out many times.

After receiving funds or services Montagu  distances himself from the individual, who he vilifies.  He then picks a fight, and refuses to carry through with his promise for payment, repayment.  It is always their fault, never his.  He never acknowledges any fault. This is the concept of 'splitting,' they are either all good, when they are being used, or all bad, when he is finished with them.

When found out in a crime he blames others.  He claims to have been set up or tells people it is a case of mistaken identity.  This frequently works for him  because he is titled, and because, as a psychopath, he shares the attribute of the condition of showing no sense of guilt or shame.  He lies smoothly and constantly, remaking reality as he believes it will work to persuade his victim to perform as he wants.  He always positions himself as the victim.  This is the Turn Around.

All successful con men are psychopaths.  Police in Australia identified him as a "highly successful con-man,' by the time he was 29 years of age, this remark memorialized in an article written about him in the Australian Post in May of 1991.  This classification of psychopath is not necessarily violent, but is, nonetheless, psychopathic.  Murderers such as Paul Bernardo, Clifford Olson, John Wayne Gacy may be serial killers, smiling as they murder, but most psychopaths, such as Montagu, are subclinical, the term used by Robert Hare, the recognized world expert on psychopathy.  These individuals are are also dangerous and unpredictable, again according to Hare.

The source of psychopathy is in the brain itself.   A  study carried out at the University of Wisconsin-Madison by researchers found a variance while studying images of prisoners’ brains.  These revealed that psychopaths have reduced connections between the ventromedial prefrontal cortex (vmPFC), the part of the brain responsible for sentiments such as empathy and guilt, and the amygdala,  reconciling fear and anxiety.

Because psychopaths do not feel emotions or empathy they do not experience love or guilt.  Normal humans reference emotional states and their actions and choices are dictated and limited by their feelings.  A normal individual cannot lie without experiencing anxiety.  A psychopath feels no anxiety when he is lying, for him lying is normal behavior.

Psychopaths who are subclinical formulate their strategies for getting what they want from experimenting with what works to accomplish their goals.

Montagu routinely threatens violence and has been violent, witness his several convictions for assault in Australia.  He, however, learned to modify the amount of violence to ensure he would not again face incarceration.

This did not stop him from seeking out someone to eliminate his wife, Wendy, when they were going through a divorce in 2007.  Fortunately for her, the individual, who was not psychopathic, called her and warned her what had been offered him. Her call to local detectives made this course too risky for Montagu to pursue.

When evicted for non-payment of rent or of a mortgage, he focuses anger on the landlord, routinely destroying the property. This has included pouring cement down the toilets. according to his present wife Laura.  With Montagu the barrage of such behavior was constant and consistent, according to his wife of 15 years, Wendy Buford Montagu.

Since Montagu never had a job it was his wife's income from her job which was garnisheed.
Whatever happens is always blamed on someone else. This was true of his childhood and, as you read articles written about him over his life time you see this has been  consistent.  He shows no sense of shame, no empathy, no compassion.

Judge Margaret McMurdo, before whom Montagu appeared in Australia for stealing and selling rental cars, advised him to continue his psychiatric care,  "You need it," she commented.   It has been noted he lives in a fantasy world and does not relate to reality.

During the 80's and 90's psychiatry believed psychopaths could be 'cured.'  This hopeful assessment has now been largely abandoned due to the insights gained through the work of Robert Hare, Ph.D., who has demonstrated the fact psychopaths receiving counseling benefit, but only by becoming more effective psychopaths. 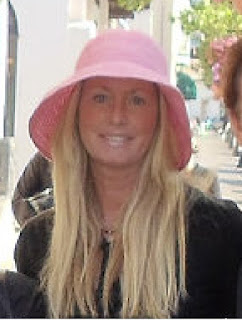 Laura is now 50 years of age and was raised in Michigan by her parents, now divorced.  She has siblings.  Laura attended high school in Holly, MI but probably did not graduate.  She maintains contact with some people in her class, however.

During the summer of 2011 she claimed to have known well a group of professionals in the medical industry who were then being prosecuted for Medicare fraud.

Her English skills are, demonstrably,  not adequate to obtain employment in most white collar jobs.  She appears to be of average intelligence, but not well informed on any subject.

While she was living with Wendy Montagu, after having left Alex in October, 2008 until December 30th of the same year, she did not attempt to find a job but did meet with previous boy friends in an apparent attempt to find an alternative to Alex.

When she left she told Wendy she was going to, "make the title of Duchess of Manchester," into a career.  She did not specify how she would accomplish this.

In her relationship with Alex she acts as his intermediary with the world and his defender.  He controls her by holding on to possessions she does not want to lose and by providing an income.