The Duke of Manchester wants a baby.

Apparently Alexander, Duke of Manchester, has been released from prison in Nevada and is, again, looking for a woman to have his baby.  But what has happened to Her Grace, Laura, Duchess of Manchester?

SEBASTIAN SHAKESPEARE: Dodgy Duke Alexander Montagu, 57, is searching for a woman to have his baby

He's been married three times, imprisoned in both the U.S. and Australia, deported from Canada and exposed as a bigamist in the High Court in London.
But none of that has diminished the confidence of Alexander Montagu, 13th Duke of Manchester, who, at the age of 57, has declared his desire to start breeding again.
'It is such a blessing that I'm honoured with this title,' reflects the Duke, who lives in the U.S., in a post on social media. Adding that he feels fortunate to be an aristocrat — or, as he puts it, 'a Nobleman for the British Royal Family' — the Duke, who has an adult son and daughter by his second marriage, continues: 'Hopefully I will find somebody to help me have more members for my title.'  MORE 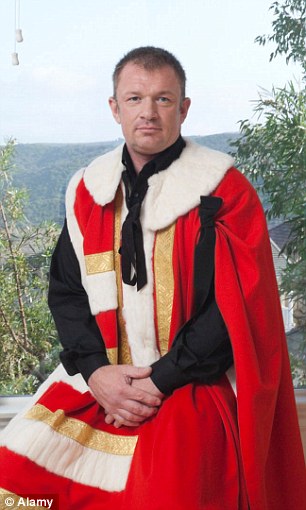 Posted by Melinda Pillsbury-Foster at 2:51 PM No comments:

Alex kicked Laura, his duchess out. Laura told me she was heading to Michigan to change her life and take up her real identity. I told her I would stop exposing her. Then, she attacked me again. Bad move, Laura. I learned long ago, in fact from my former husband who hosted the "Duke and Duchess" at the Biltmore in Montecito in 2011. On that occasion Craig Franklin they could make a tidy income from their attempts to terrorize, libel and slander me. I forgave Laura several times - but never again. It is not safe to forgive those without a conscience.
So, in an informal way I follow her attempts to convert her title into cash and provide accurate information about her and her husband, Duke Alex.
Craig wanted me dead to remove the possibility I would interfere in his incestuous designs on our daughters. More on Craig Franklin
This is the original blogsite. Laura put up one herself using blogspot to misrepresent herself, or perhaps this is just the best she could do. Doxie (a word she had to look up in the dictionary. Once she read the highly accurate definition she was a trifle annoyed. But a Doxie she is.) better describes her ethics. That is HERE
Also see this cute little attempt to reposition herself. Stage32.com The photo has to be from her early 20's.