The Ducal Carnival of Cars and the Unique Financing of Alexander, 13th Duke of Manchester


My first experience with Alex and automobiles came about in March 1993. Alex drove my car and totalling it. I had just finished paying off the vehicle.
At the time I was far advanced in pregnancy. Alex told me he would get me a new car, returning home with a Jaguar.  This did not strike me as an appropriate vehicle, but Alex ignored my objections.
Not long after giving birth to our son, Alexander, Jr., Alex started parking in the garage at our apartment.  I was not aware that “Cove Motoring” was trying to repossess the Jaguar until they came to our front door one night demanding the car.

That’s when Alex had to come clean and tell me that he had written a bad check for the car.  I was forced to borrow from my 401K to cover his bad check.  I had bought myself a car I did not want for what I later realized, was only the first of many times.
This first incident, of what would prove to be many, took place during my maternity leave from work.
Alex's unique financial scheme for automobiles continued throughout our marriage. I would go to work and he would go shopping for cars.   He always assured me he had, “Taken care of it, it’s all fine, the trust will pay for it…"   It was never true. I always ended up having to cover the check, or co-sign for a car that I didn’t have knowledge of prior.
Towards the end of our marriage there was more money coming in from the trust. Alex's father had died and he was now receiving a larger allowance.
At one point he, I believe, traded in our Town & Country minivan to get a Cadillac Escalade.

This is a very high end car and he put a lot of money into it with upgrades.  I have no idea how he obtained the money, I was again told he had it all handled.  I can remember him telling me how the payments would be lower than the Town & Country.

In 2003 I bought my own car so I could be sure of having transportation.  It is paid for and I am still driving it today.

One night I got up and found the paperwork, WE, not just him, but me, too, were going to be liable for $1100.00 a month car payment!  Not long after that I ended up needing to co-sign on the car with him due to his credit.
At the dealership I was faced with all the figures on the contract, I was outraged and stalled signing. That’s when he kicked me under the table.  I signed.  What choice did I have?  He’d already been driving this car around, he had turned in our minivan to them.

The year was around 2005 – 2006. In late summer 2006 that car was mysteriously vandalized and was in the shop for a long time, he told me.  I suspect he wasn’t paying the repair bill.
By late 2006 he was driving an Avalanche.  This was the only car I had no commitment with. What a relief. My suspicious was he had used some of the money from the sale of the Manchester jewelry to actually pay for it.
During the divorce I was assisting the repo company in getting their hands on the Escalade. Alex had quit paying for the car.  Since I was also a co-signer they were coming after me.

At this same time Wells Fargo auto financing wanted the Town & Country minivan that Alex had supposedly traded in to get the Escalade.  I have NO idea what happened there. However, I know I had collection agencies coming after me for it.
Did I mention I had to co-sign for the minivan?  Last thing I know, this is all around 2008 Alex ended up abandoning the minivan. He told the party involved I had vandalized it.
I had never once driven that car or had possession.

Alex lied without blinking an eye and he lied constantly.

In 2009, after our divorce was final, his new wife, Laura Anne Smith Montagu contacted me from where she was living in Michigan. She told me she was tired of Alex's bizarre behavior and was attempting to leave him.

Laura sent me a picture of the Avalanche being towed away. At the time she thought it was funny. Unfortunately, I no longer have the picture.

Laura did leave Alex – and moved in with me for a few months while, 'she was getting her life together.' That did not happen and she returned to him.

While Laura was staying with me and the kids we were contacted by two different car dealerships in the south bay area.  As always, adhering to his routine, Alex had written bad checks for the vehicles. It took the dealerships a long time to figure him out due to the fact he gives his address as living in Newport Beach. This is actually a mail drop.

So, that’s pretty much where it ended for me and it began for Laura. Having no job and no savings of income she could not bail him out.

Hence, arraignment, an event which many have earnestly hoped has finally come. 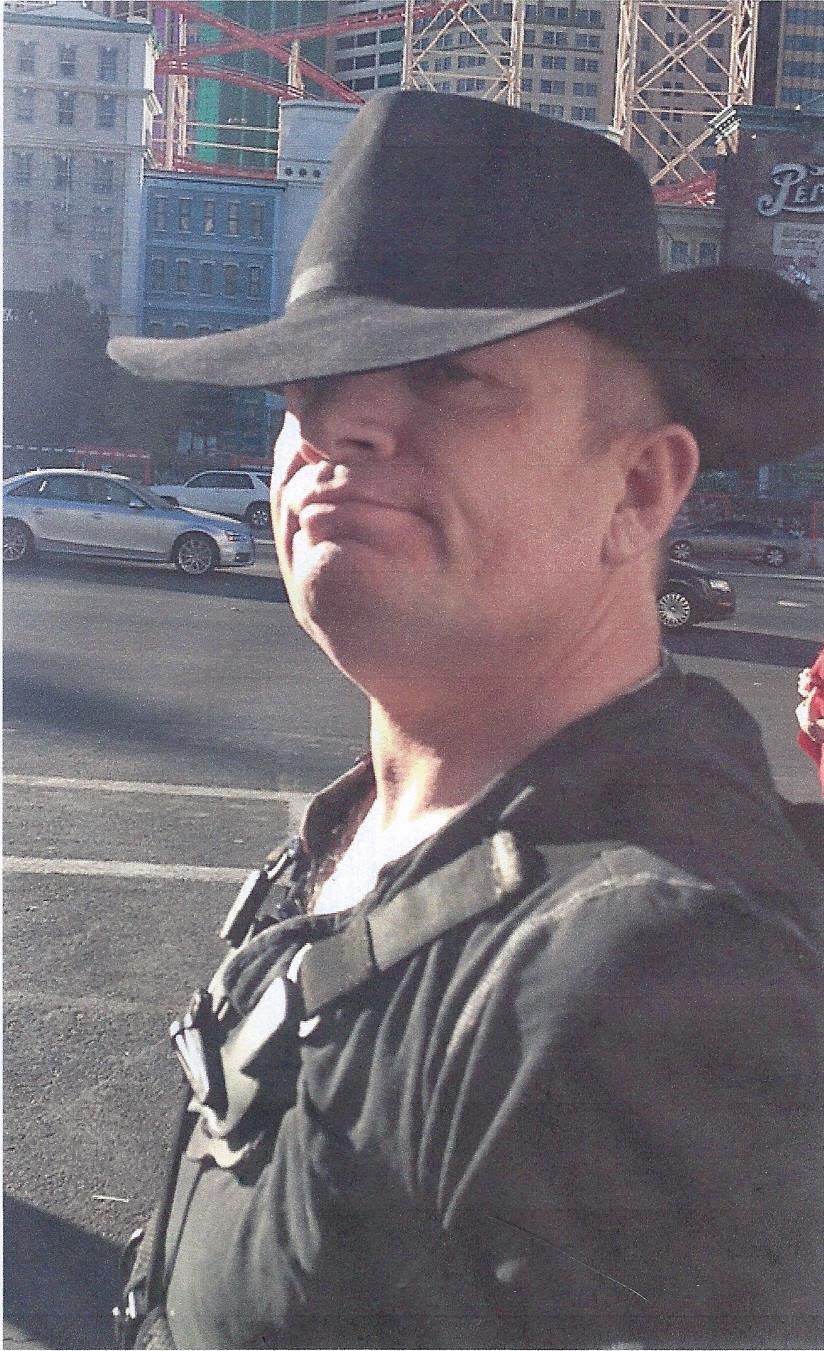 And here is what Alexander, His Grace, the 13th Duke of Manchester, looks like today, just so you know.

I remember the Aussie hat and he still, evidently, has his backpack.  But I have to say he looks much older than I remember.

Posted by Melinda Pillsbury-Foster at 3:59 PM No comments: