The English literacy lessons appear to have been ignored yet again.

Though it is also likely Alexander, 13th Duke of Manchester, is off his meds.  When this happens he goes back to his long and convoluted psychopathic  narrative, the product of his fevered mind,  cobbled together to explain the 'conspiracy' against him.

This involves making false charges against anyone he hopes can be blamed for the monumental and outrageous acts of fraud, deception, violence and greed which define his life.  Individuals accused here include his former wife and mother of his children, Wendy Buford Montagu and his mother, Lady Mary Montagu.

The following text, identified in quotation marks, was received by Wendy at work today.

The Facts on Child Support


Note that the 'children' are now old enough to determine with whom they live.  Alex has not seen them for more than five years, having fled California to evade paying child support.

Alex was denied all physical custody at the time of the divorce.  His attempt to manipulate the children was deemed, "The worst ever seen."

The kids prefer not to discuss Alex because he has been such an embarrassment.

Wendy is not an alcoholic.  She has held a full time, responsible, job at a large and prestigious law firm since she was 20, receiving advancements for her dedication and reliability.

You cannot get custody of children who are old enough to hold jobs and determine where they live.

Alex always says he has lawyers.  If he had enough money to hire one he would not now be on the run, fleeing from having to make the court-mandated payments for the bad check he passed to obtain a car in November 2011.  Or is Craig Franklin so anxious to get rid of you he has decided to pay for an attorney?  But the bigamy was noted in 2009 by the Manchester Trust and in 2011 by the British Court.

19 - Law suit heard in the High Court of the Chancery, London, on the issue of
the legitimacy of the two children of the non-marriage of Alex Montagu and
Wendy Buford Montagu.  Children have rights as beneficiaries.
DECLARATION -Kimble Montagu, given for High Court of Justice, Chancery
Division
27 - Letter to the Media about the case heard earlier in the month.
31 - ARTICLE   - The bigamist Duke and his three wives – Telegraph

"I do not know this Stoner woman but if she does exist god help her for Lieing with my mother if I ever find her"  Yawn.    The Stoner Story

Journalists have no problem producing Marion Stoner.  She is busy still caring for the handicapped  step-daughter you threw down the stairs while you were still living with Marion.

Alex is crude and entirely without gratitude for the many, many, many things his mother and Wendy did for him in their ongoing attempts to keep him out of jail.  They are no longer available for this service and Laura's idea of being helpful is posting an endless stream of photos of the Manchester's former glories.  It is really pathetic.

Time to find another job in the Evil Fantasyland, Alex. Of course, you will have company.


And you don't want to know what each of them really wants.  Too Icky.
Posted by Melinda Pillsbury-Foster at 11:53 PM No comments:


The Peers-On-The-Run, Alexander, 13th Duke of Manchester and his wife, Laura, Duchess of Manchester, who we suspect are hunkered down with Craig Franklin at his love nest in the hills behind Laguna Beach, paused for a moment so that Laura could speak her love for her hubby with the following post on Flickr.

It would be sort of sweet if he was not a psychopath and she was not quite so desperate to create the illusion the two of them are normal.

But when you are on the run over a badly bouncing check, only the latest of many in a looooong career, the use of a title of honor is really inappropriate.

And since Laura uses the title of Duchess so lavishly we decided to see if she has any presence in the august accounting of the Peerage.

Noted that Laura is mentioned.
"
We can just imagine what she had to say.

We reproduce this below and also provide the link.


Posted by Melinda Pillsbury-Foster at 7:52 AM No comments:

May 28, 2014
The Dukes of Manchester have shamed the aristocracy down the generations, and the present Duke is upholding the ancestral tradition: he is being arraigned in an American court today charged with buying a car with a dud cheque.
This coincides with the sad news that his sister, Lady Emma Montagu, has died aged 48 having undergone a recent lung transplant operation.
Lady Emma was the daughter of Angus, 12th Duke of Manchester, and sister of Alex, the 13th and current Duke. 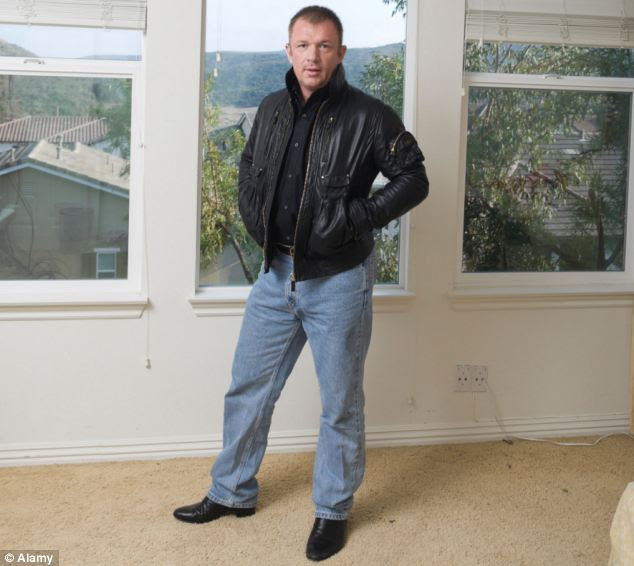 Upholding tradition: Alex, the 13th and current Duke of Manchester, is being arraigned in an American court today charged with buying a car with a dud cheque. Above, Alex is pictured at his home in California in 2007

Pointedly, no dukes feature in her death notice in the Sydney Morning Herald. Indeed, it might be said that Alex has been erased from history.
Four generations of the Manchester family have ended up behind bars, including Alex, a bigamist who has twice been imprisoned, deported from Canada and divorced from two wives. He now lives in Las Vegas with his third wife, Laura.
His father, Angus, was charged in 1985 with defrauding the NatWest Bank with a female friend who ran an escort agency. Although acquitted on that occasion, he was later jailed for three years in the U.S. for fraud.
Posted by Melinda Pillsbury-Foster at 11:07 AM No comments:

STOP THE PRESSES!!!!! Laura, Duchess of Manchester acknowledges the existance of Marion Stoner

Laura finally acknowledges that Marion Stoner exists and was married to Alex, 13th Duke of Manchester.  Of course, this also proves the logic of dates and previous protests of the non-existence of Marion is beyond her.

The date of this document and the notation at the top left indicate this is one page from a request for documents made in 1992 when Alex was living with Wendy and she was pregnant with his child.

We surmise these documents were faxed from the office of  Lady Emma Montagu as Wendy  heard she was working for a travel agency.  Therefore, it is likely Turtle Holidays was the  company for which she worked.

The family in Australia was most likely worried because they knew Alex had not obtained a divorce and therefore steps were taken to ensure the legal status of the baby to be born was regularized.  Emma tried to get the ball rolling but it stopped dead on Alex's lack of action.

An APPLICATION is not a divorce, though we understand these fine points are hard for Laura and Alex to grasp.

Good for Lady Mary and Lady Emma, God rest her soul.  Another black eye for Alex, the Lout.

But, naturally, Alex continued on his merry way, lying to Wendy, falsifying the marriage license by stating he had never been married or had an annulment of marriage.

Then, in 1996, he grudgingly signed the papers and sent them back but failed to go through another marriage with Wendy.  In fact, until he thought he could grab the money alloted to the children by the Manchester Trust in 2009, he never mentioned the matter.

Fraud, fraud, fraud.  Bigamy, Bigamy.  And also stupidity.
Posted by Melinda Pillsbury-Foster at 10:52 AM No comments:

COMMENT - How nice to see Alex get some transparency.

Alex Montagu with his second wife Wendy Buford and their children.

A warrant has been issued for the arrest of the Australian-born 13th Duke of Manchester.

The thrice-married bigamist, full name Alexander Charles David Drogo Montagu, was due to appear in a Las Vegas court two weeks ago - but failed to show.

He was to be arraigned on an original charge of passing a bad cheque for $3575 to Speedy Car Loans in 2011, when he had ''no funds, property or credit'' to support the transaction.  MORE
Posted by Melinda Pillsbury-Foster at 2:44 PM No comments:

Alex and Laura Surface in Laguna Beach and Laguna Nigel

A curious fact has surfaced modifying the reliability of the posting of June 1st on Flickr cited below.

Alex's daughter, Ashley, received a phone call from the Duke on the 1st saying Laura had left him and he is going to kill himself.   So, why was the material posted on Flickr by Laura?

We will keep you updated. 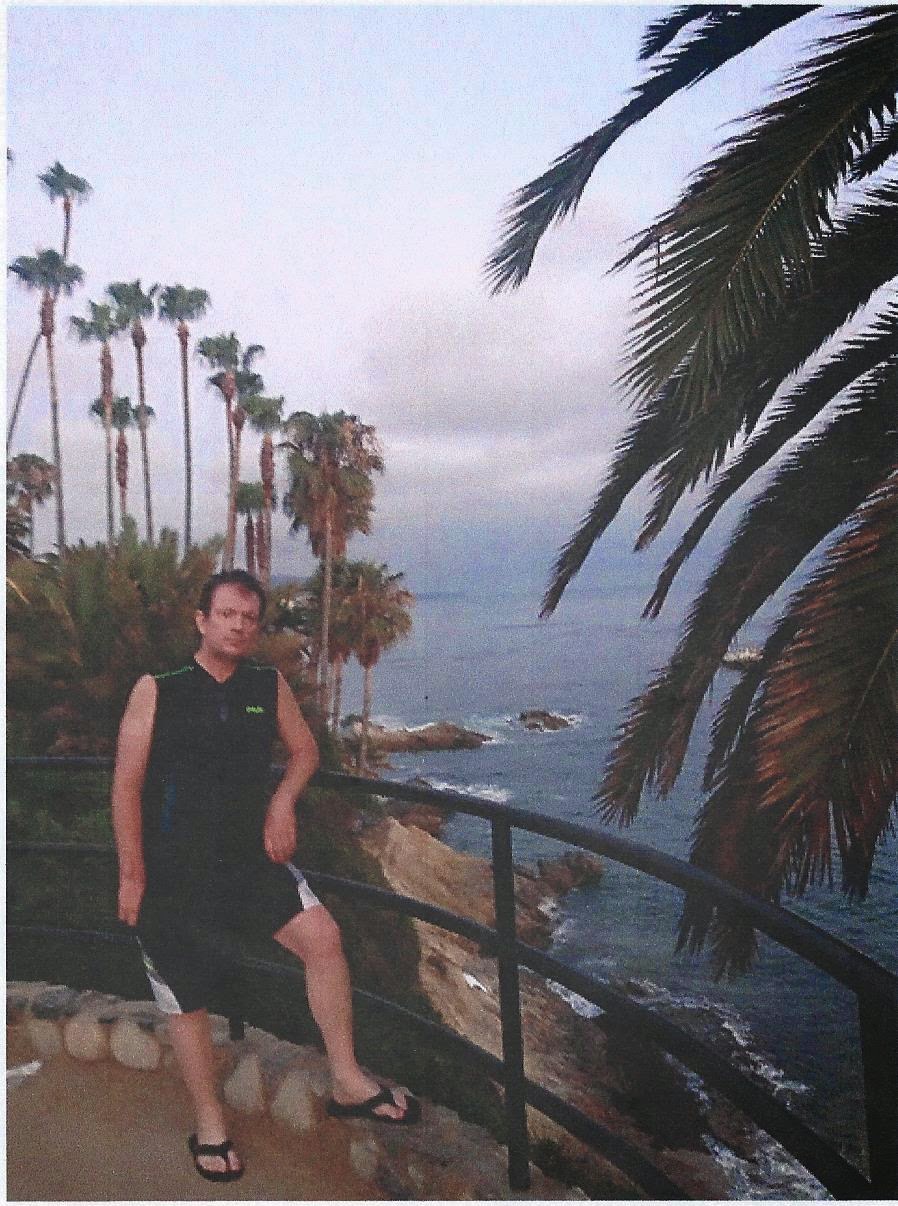 Note this is not Laura's family home.  She was raised in Michigan under conditions she prefers to forget. The home belongs to her aunt, if her statements to me in mid 2011 are to be believed.
The rest of the text is old, old history on the Manchester family when later generations had not yet destroyed any valid claim to nobility.

Posted by Melinda Pillsbury-Foster at 4:24 AM No comments: