MailOnline July 20, 2011 Dukes of degeneracy: Fraudsters, drug addicts and jailbirds - the Dukes of Manchester have shamed the aristocracy for generations

Dukes of degeneracy: Fraudsters, drug addicts and jailbirds - the Dukes of Manchester have shamed the aristocracy for generations

By Marcus Scriven
UPDATED: 20:16 EST, 20 July 2011
Alexander Charles David Drogo Montagu, the 13th Duke of Manchester, doesn’t preside over an enviable stately home or thousands of rolling ancestral acres — the accomplishments of his forebears have seen to that.
Successive generations of Montagu men have accrued CVs that would not disgrace career criminals.
Now 48, ‘Lord Alex’ — as he sometimes likes to be called — has twice been imprisoned, deported from Canada and messily divorced from two wives, with the end of a third marriage seemingly imminent. 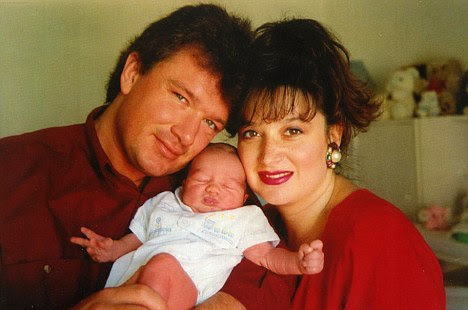 Chips off the block: The 13th Duke of Manchester, pictured with his second wife, has managed to sour the family reputation still further with revelations he is a bigamist
Read more: http://www.dailymail.co.uk/news/article-2017091/Dukes-Manchester-Fraudsters-drug-addicts-jailbirds-shaming-aristocracy.html#ixzz1qqCu2TzR
Posted by Melinda Pillsbury-Foster at 6:11 PM