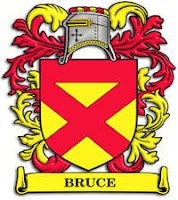 Regarding: Your Most Recent Post.
To: Laura and Alex Montagu

Handing out embossed business cards while failing to find work at Walmart is pathetic.
It is also absurd for either of you to use a title which presumes a familiarity with, and adherence to, standards and values which are, to each of you, entirely alien. The peerage was not about privilege, it was based on service to the crown and country, something about which you know nothing.
Alex should stop calling himself a 'royal duke.' He is nothing of the kind. Manchester is a Duke in the Peerage of Great Britain. The royal dukes are all related closely to the monarch. Ignorance of these customs and practices, along with prancing around in robes never worn except of specific occasions, makes your peers cringe, or worse, snicker.
Sincerely,
Melinda Pillsbury-Foster
Descendant of Robert the Bruce
PS. Next time try to center your family coat of arms. It is enough to make anyone cringe to see a coat of arms off center.
Posted by Melinda Pillsbury-Foster at 11:48 PM