On August 26th, 2011, Laura Montagu, AKA Duchess of Manchester, opened an email from me.  The night before I had agreed to put up a website for her and her husband, Alex Montagu, AKA the Duke of Manchester.  I opened the site in their names, separate from my account at Yola, where I then had 45 sites, representing thousands of hours of my time and an enormous capital investment.
I was introduced to Alex and Laura by a trusted friend, Raye Smith, who started Rumor Mill News, the oldest online conspiracy site.  Today, the site gets around 50,000,000 hits a month with 1,500,000 regular users, ranking it very high on the web for its niche, independent news.  Raye was married to Gunther Russbacher, a high level operative with the CIA.  Many of her contacts derive from the years when she was married to him. 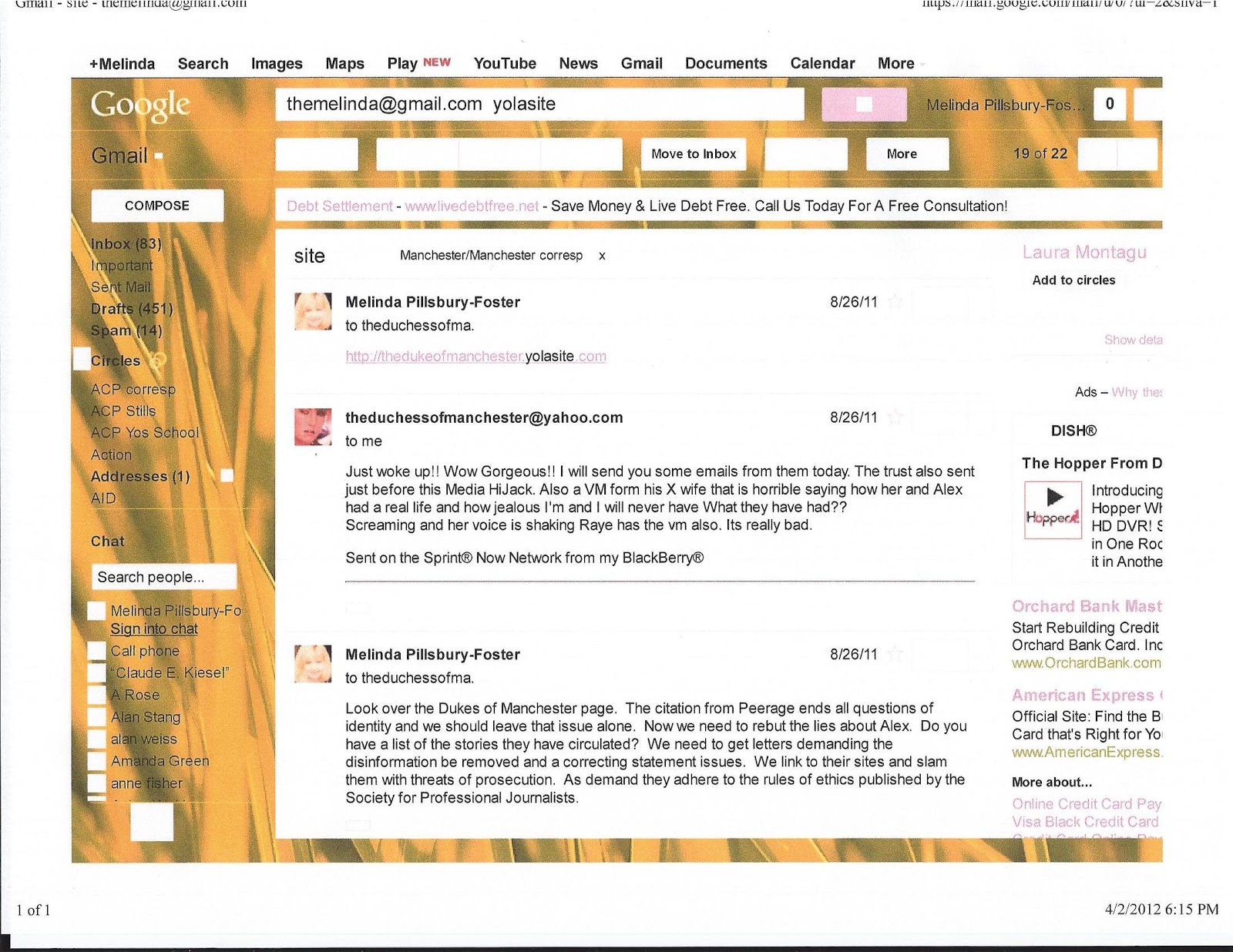 The exchange above was the first of what was to grow into around 500 emails received from either Laura or Alex over the next two months.  Included are attachments, records, jpegs, and other materials, sent both for the purpose of building the site they had asked for and for the biography they asked me to write.
On the list of my former Yola account was included a site to which hundreds had linked around the world, a repository of history and information on my grandfather, Arthur C. Pillsbury.
Posted by Melinda Pillsbury-Foster at 3:23 PM