And a Note for Today 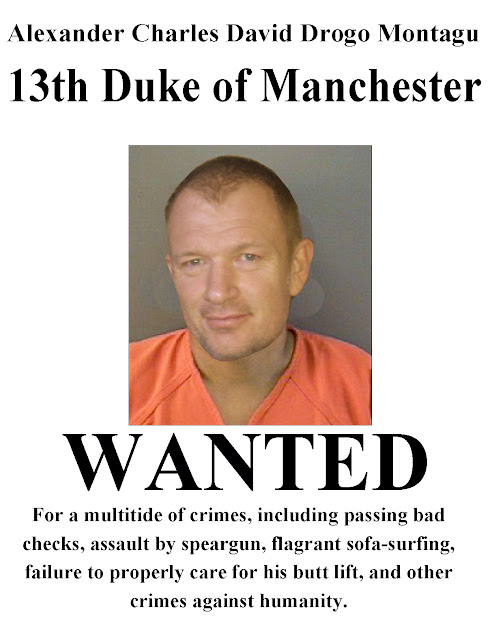 Pre-Trial Day for the 13th Duke of Manchester in  Las Vegas.   Alex is scheduled to be in court for his Pre-Trial (finally) on charges of passing a bad check, curiously similar to reports from Wendy Montagu of her experiences while married to him. Wendy reported having to make up for his 'bad checks' using her 401K on more than one occasion. She was also forced to cosign on his purchases since he has no credit of his own. And while Alex is finally gone from her life the garnishments from his destructive behavior, which she was forced to pay because they could not garnish the Manchester Trust, linger.


Trial is set for January 15th 8:30am Judge Cynthia Cruz will be hearing the case in Courtroom 8A Regional Justice Center at 200 Lewis Avenue, Las Vegas. The reason the case is not online is because, the administrator said, “There are glitches in the online system.” We certainly understand and are delighted to get this update.
Posted by Melinda Pillsbury-Foster at 7:43 AM