Jailed duke is given an extra 30 months in prison over stolen car: Disgraced aristocrat also flouted house arrest before being locked up

NOTE:  The extra 30 months is a charge not associated with the contested SUV, originally purchased with financing acquired through Speedy Car Loan in 2011.  Therefore, this is yet another vehicle theft, before not known. 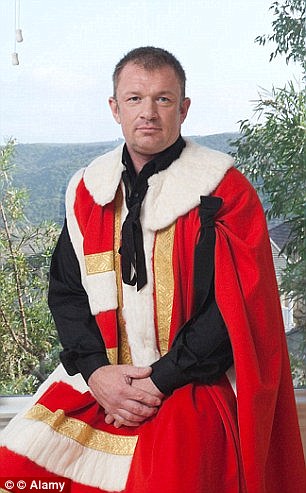 Hard to imagine that the reputation of Alexander Montagu, 13th Duke of Manchester, could plunge any lower.

But the 54-year-old Duke — thrice married, once deported from Canada and exposed as a bigamist in 2011 — is evidently determined to prove otherwise.

Less than three weeks after receiving a five-year prison sentence for attempted burglary in his adopted home city of Las Vegas, the Duke has now been hauled back into court, picking up another sentence — this time for 30 months — for attempted possession of a stolen motor vehicle.