The Short Story - It's All About The Money

However, they did not know they were only talking to Ashley. Children mature considerably in five years and Alex and Laura have not seen Ashley since she was eight. She is now 14.

I called Wendy last Wednesday and discovered the firm and mature voice on the other end of the phone was actually Ashley, who was using her mother's phone to text her father, she said.

Ashley and I chatted very briefly and Ashley promised to later see I was apprised of then ensuing events. She delegated this task to her mother.

The Texting Conversation with Alex and Laura

It seems Ashley wanted to know if it was possible for her father to talk to her about her interests and life. For these purposes she texted her Dad and told him she was beginning to use make-up and wanted to visit New York and about her other new interests.

She invited him, pretending to be Wendy, to call her on her Mom's phone if he could restrain himself and talk to her like a father.

Except for loaning her phone Wendy had no part of this exchange.

The resulting communications included a barrage of insults because neither Alex or Laura could accept that Ashley is very much her own person and was the only person with whom they were communicating.

Wendy has a close relationship with both her parents. Although both have been divorced from each other and remarried years ago, these relationships are stable and both couples strongly support Wendy and the children, both emotionally and financially.

The extended family celebrate holidays together with amicable pleasure and no controversies.

Wendy has never provided financial support to either of her parents or their new spouses and owes them money for their continuing generosity, as she worked and raised both children alone. Someday Wendy hopes to repay them.

Both children were always aware of the state of Wendy's finances. Wendy has encouraged them to directly communicate with the Manchester Trust if they have any doubts.

Regarding the Manchester Trust.

These funds were set up for the Manchester family and stipends are sent to several members of the family besides Alex and the children. In no wise is the Trust Alexander's property and was set up as it is because of the proven inability of previous generations to handle money responsibly.


We are having the text messages converted so they can be posted.

Here is an email from Laura and or Alex of recent date. There was no punctuation. All misspellings are the work of Alex and Laura.

“Has stoner called you yet”

No, the journalist who conveyed the invitation to communicate to Marion Stoner Montagu told Wendy it did not appear she was interested in talking.

At last report Lady Mary Montagu was not speaking to Alex, but this is a claim Alex and Laura often make. See FibBusting

Knight in Shining Armour?  Last we heard her own mother wouldn't talk to her as long as Alex was in her life and her friends were long gone because of him.  However, there is no accounting for matters of the heart.

We are so glad the two of you have found perfect love and contentment. Now go away, tripping lightly into the sunset together and make everyone else happy, too.


See some of the texts below (There is a limit to the time we will spend on this): 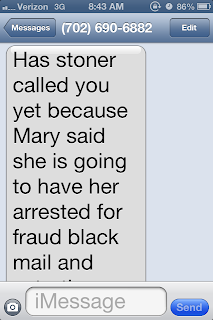 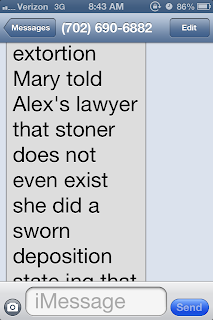 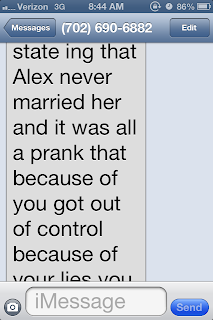 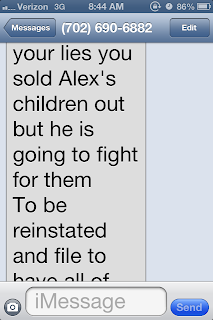 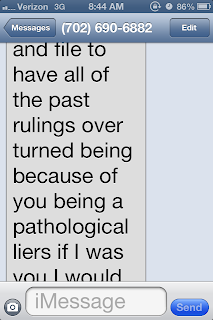 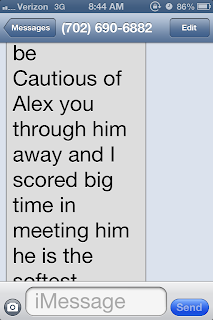 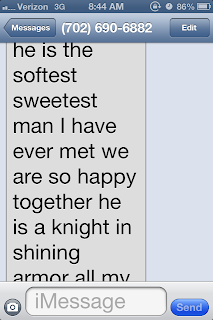 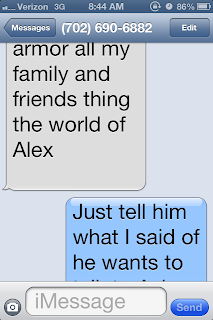 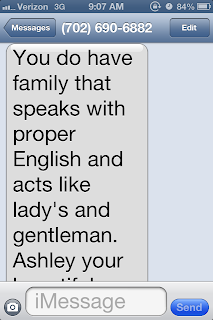 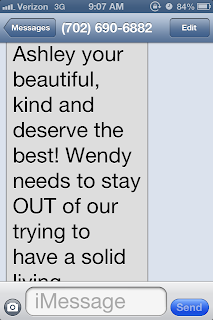 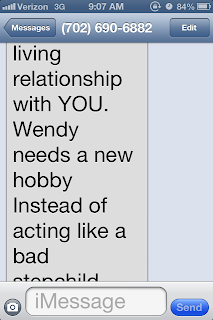 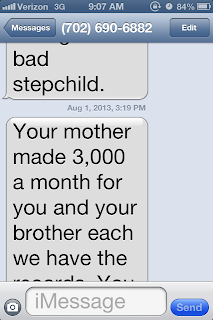 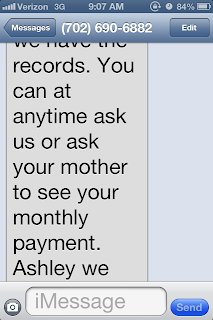 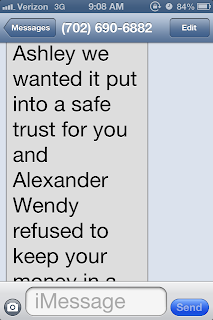 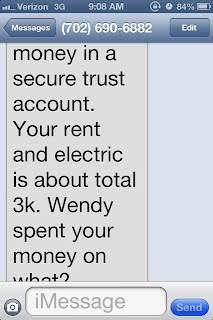 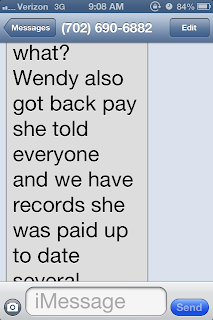 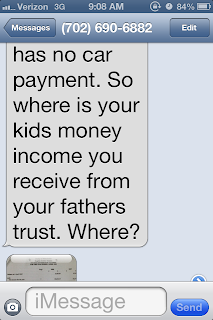 Posted by Melinda Pillsbury-Foster at 9:39 AM