NOTE:  It is nice to see British publications giving Alex the visibility this event he so richly deserves.  Let us not forget he also filed a false police report, threatened a family who lived above him with a gun in his prior apartment in Las Vegas, and committed over outrages to honesty, decency, and good taste.

But he is also a guilty party in a conspiracy to ensure my death, a venture in which he was joined by Dan O'Dowd, President of Green Hills Software, Inc., who with Craig Franklin, my former husband, began the conspiracy in a 'Throw Mama From The Train' deal wherein Dan ensured I did not get my marital share of stock in the company in exchange for Craig organizing the walk out of critical personnel necessary for him to buy out the company, then valued at $350 Million, for a measily $47 Million;

No statute of limitations due to the accompanying attempt to ensure I did not live to create problems for them.  Green Hills Software is now worth over $20 Billion, with wholly owned subsidiaries woth several times that amount.  Aren't you glad Dick Cheney helped them become government contractors to the Department of War.  Err. Defense? 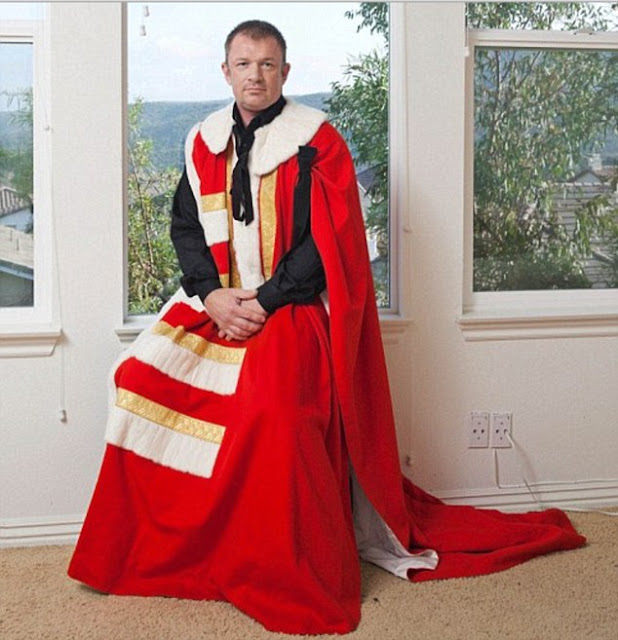 The Dukes of Manchester have shamed the aristocracy down the generations, but Alexander Montagu looks set to eclipse them all with his nefarious behaviour.

Appearing in shackles, His Grace the 13th Duke of Manchester has been sentenced to five years in prison in the U.S. for attempted burglary.

The reprobate aristocrat will be held in the Clark County jail before being delivered to High Desert state prison, Nevada, an establishment whose alumni include O.J. Simpson.
MORE

Posted by Melinda Pillsbury-Foster at 8:41 AM