Which Illiterate Tart Wrote this? Do you know?

From:  The Literacy Challenged Duo - Laura, Duchess of the Las Vegas Lock-up and Morgan, the Not Yet Obscure Enough.

Published on Duke of Manchester October 12, 2016

I was informed by a reliable source that Laura and Morgan share their online published libeling of myself and others.  Presumably, they are still being paid by Craig Franklin.  Rayelan (Hot Spot) Smith, AKA Darlene Rae Smith of Crow's Landing, is still whining about her 'needs.'  That does not mean she is not also being paid.  Either way, they are, all three of them, guilty of multiple charges in conspiracy with an array of individuals.   Including Craig and his good, good buddy Dan O'Dowd.

Again, they misspell Jason's name, which is Ballensky.  Article up on the false statements below up soon and sent on to the authorities in Las Vegas.  Note the presentation of altered court records with intention to deceive.

It is Alex who is sitting around with a shackle, ensuring he is restrained, not Jason.  Hear the flutter or wings, the bats are coming home to roost, Laura, Morgan and Rayelan.  And they re going to make a home in the hair all over your bodies.
"Marcus SCRIVEN is on facebook with  JASON BALLENSKIS WIFE TINA?  THE IDIOT JASON BALLENSKI WHO ATTACKED THE DUKE OF MANCHESTER FROM BEHIND WITH HIS CAR ON JUNE 8th 2016. WITNESS SAID IF THE DUKE WOULD HAVE NOT TRURNED AROUND JASON BALLENSKI WOULD HAVE RUN HIM OVER.

THE DUKE HAS SUFFERED A VERY SEVERE HEAD INJURY, NEEDING SURGERY.
MANY SERIOUS BRUISES AND BACK INJURIES.

JASON BALLENSKI WAS STALKING THE DUKE FOR MONTHS.

We have reason to believe that MARCUS SCRIVEN AND WENDY MONTAGU KEY
ARE INVOLVED IN THIS HORRIFIC ATTACK.
MARCUS SCRIVEN HAS A CURIOUS RELATIONSHIP WITH THE DUKES TRUSTEES  AND THE DUKES HATEFUL X WIFE DIVORCED FROM THE DUKE 10 YEARS WENDY KEY. 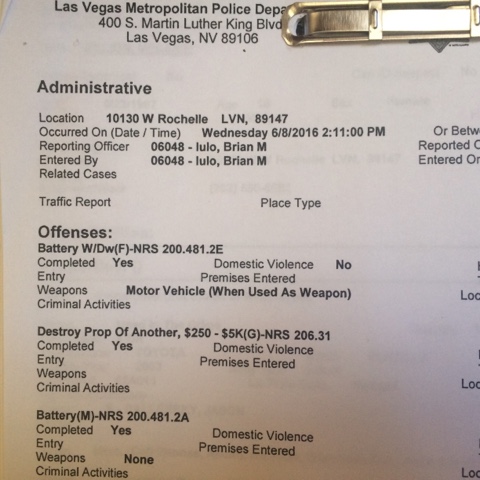 Posted by Melinda Pillsbury-Foster at 10:46 AM