Laura published some more photos on her Flickr page and we know everyone will be interested in how Wendy views these new revelations.

"If he had stayed life would have been so much better for me!"

Yes,  Alexander, 13th Duke of Manchester should have kept the job at the Beaufort Hotel in Darwin. This would have saved Wendy enormous anguish and hundreds of thousands of dollars Alex stole from her during their marriage, which, of course, Alex lied to her about.

An article was also posted there, the text of which is replicated below.  Incidentally, the writer, Ashley Manicaros,  is still active in Darwin.

"An aristocrat who is 52nd in line to the British throne is in the Territory... working as a barman. 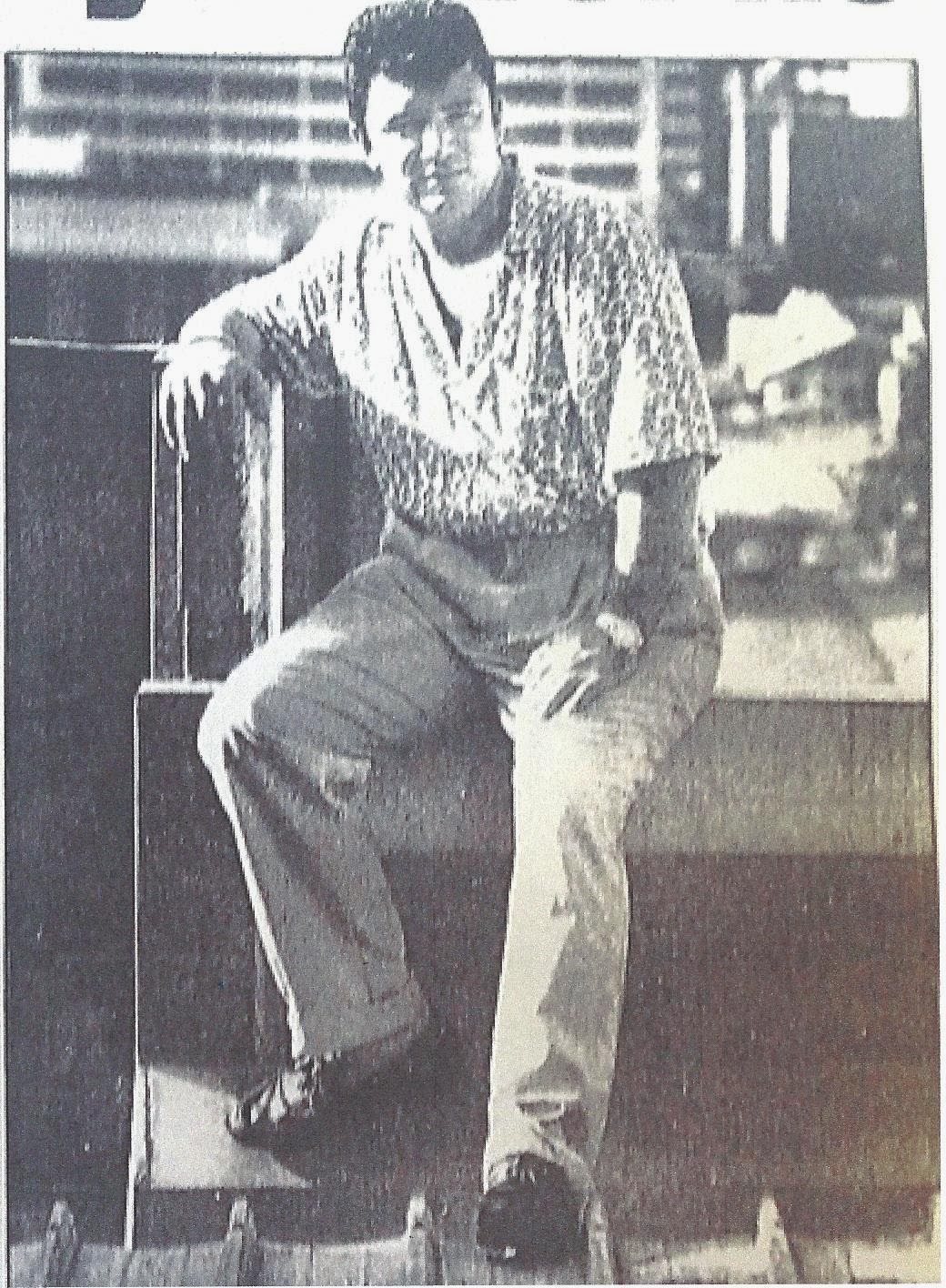 He is mixing cocktails and joking with guests at the Beaufort Hotel swimming pool.

Viscount Montagu – or Alexander Mandeville to his mates – is the first son of Lord Angus and Lady Mary Montagu.

His father was a powerful figure in the British Conservative Party before moving to Australia.

His mother was formerly plain Mary McLure, the one time social writer with the Melbourne Truth and an ABC typist.

Alexander Montagu will one day be the 13th Duke of Manchester.

He is also first cousin to Diana, Princess of Wales.

But his royal roots have not discouraged 18-year-old Viscount Montagu from leading a chequered life.

“ A friend suggested I come to Darwin to relax and get my life back together,” he said.

Viscount Montagu is also trying to forget a broken engagement to a Noosa Heads hairdresser.

“She couldn't understand my way of life,” he said.

But Viscount Montagu has more than just the after effects of an broken love affair to sort out.

He denies a substantial monthly allowance from his rich father has been discontinued.

He said he now has the job of convincing the executors of his royal trust account that he is worthy of the money.

This setback has forced him to work.

But the Viscount is not keen on talking about his job.

“I am only staying a few months and then I am returning to America.”

“What I would like to do while I am in Darwin is organize a few charity events.”

“The functions I put together were pretty good and big,” he said.

Let's all imagine Alex as a barman in Las Vegas, or better yet, in Darwin once again.

Which is not to say Laura could not accompany him so the two love birds could work together, sharing this exciting adventure.

Alex's longest lasting job, in Wendy's experience, was the one as a guide for the Raiders of the Lost Ark in Disneyland in early 2006.

"This article was done in 1990. Strange how people really thought any title could be sold. It's only a land title that can be sold and even then it's just that, Another family's name. But people offered back then."

Alex's attempts to sell the position of Duchess, effectively selling the name.

March 17, 1988 - The People, tabloid in the UK  -
Article:   MyBarmy Marriage - I Left When He Fired At Me With a Speargun  by Ian
Dougall - Montagu offers to sell title of Duchess, among other outrageous statements.

1991 - September
21 - SUN JOURNAL, (AP)  Diana's Cousin Selling Title
“Since arriving in this port city, a cousin of Britain's Princess Diana has been arrested,
fallen for a former stripper who manages his $12 a night hostel, and decided to sell his
title.”(see article)

Posted by Melinda Pillsbury-Foster at 12:34 PM